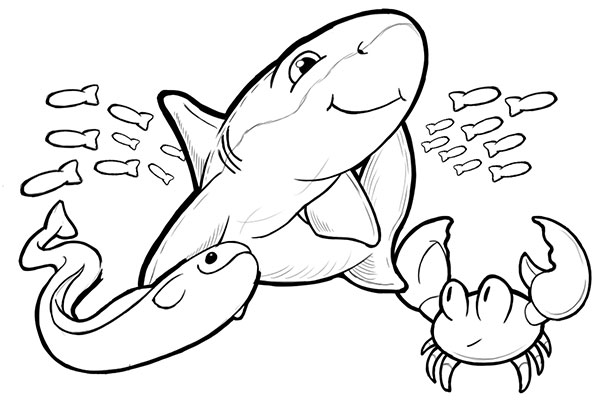 In North America a famous study was conducted on the wolves. By way of their removal, the effects were so diverse and so large that ultimately they could lead to changes in the flow of rivers.

The same holds true regarding the importance of sharks in the ecosystem and science support this.

In 2019 The University of Miami published a paper in support of this theory:

“Aquatic predators can influence their ecosystems by keeping prey populations in check, controlling the flow of nutrients, preventing the spread of diseases and invasive species, and even creating new habitats for other organisms,” said lead study author Neil Hammerschlag, a research associate professor at the University of Miami (UM) Rosenstiel School and Abess Center for Ecosystem Science & Policy. “In addition to benefiting humans as food, they are highly sought after for sport fishing, scuba diving and ecotourism, which creates thousands of jobs.”

The study also describes how aquatic predators can moderate climate change effects and have become inspiration for new products, such as shark skin-mimicking surfaces, being used to design more aerodynamic drones and planes, as well as the development of new medicines.

“To aid in future investigations, we identified 16 priority research questions,” said Steven Cooke, study co-author and professor at Carleton University, Canada. “One of the most critical is understanding how climate change is affecting the ecological roles of aquatic predators and the services they provide to humans in a changing world.”

The study concludes with a framework to aid policy makers and wildlife managers in supporting adaptive decision-making involving aquatic predators within a context that maximizes their ecosystem function as well as the benefits they provide to humans under current and future environmental change.

It seems absurd and incredibly naïve and ignorant on the part of South African fishery managers that they can continue on their blinkered course of supporting an undeniably destructive fishery, by way of their own data, without thinking such consequences do not happen in the ocean as a result of the removal of apex predators.

Reflect on the thought that these ecosystems have been intact, probably for tens of thousands of years, and in the course of just five years we are seeing massive changes as a result of this unsustainable effort all for a plate of Fish and Chips.