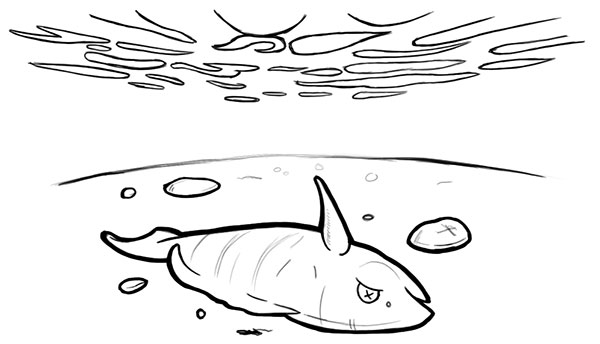 * All information below has been gathered from Smoothhound and Soupfin shark stock assessment data supplied by DEFF.

The number of Smoothhound sharks killed by the DSL vessels in South Africa from 2016 to 2019 compared to amounts recommended by scientists within DEFF:

Incredibly, both of these species are still legally being targeted by the DSL fishery, WITHOUT any restrictions, despite DEFF’s very own data showing a collapse.

When assessed by the independent organisation WWF as part of their SASSI program (SASSI Assessment of Soupfin Shark and SASSI assessment of Smoothhound Shark) the status of these two species, particularly in relation to the DSL, is confirmed to be seriously worrying:

Since 2015, despite these recommendations catches have soared as the figures above attest.

Another recurring question is whether the increase in DSL’s fishing after 2015, particularly of Smoothhound sharks, could have impacted the Great White shark. Smaller shark species, such as Smoothhound and Soupfin sharks, are some of the Great White shark’s main prey species. This is according to a Natal Sharks Board study (which can be downloaded below) that showed in the 591 Great White shark samples analyzed, smaller shark species were the most important prey species and occurred in 41% of all stomachs containing food.

This study by G. Cliff , S. F. J. Dudley & B. Davis can be downloaded directly from the link below.

With the collapsing population of Smoothhound and Soupfin sharks, this could be having a severe knock-on effect on the Great White shark population and could possibly be resulting in the almost complete disappearance of the Great Whites (link to Hammerschlag et al. 2019 Disappearance of white sharks) from the primary white shark aggregation sites of False Bay, Gansbaai and Mossel Bay.

If seals were the main prey for Great Whites then, even though they are back to a recovered status (Kirkman et al. 2007), why then after the 30 year protection of Great White sharks in South Africa is the population, at best just keeping the numbers the same (Towner et al. 2013), or in a worse scenario deteriorating (Andreotti et al 2016)?

When we look at the west cost of the US (Similarly the East Coast too), the number of white sharks started increasing not just after the pinniped protection but after the proper management of the fisheries, in particular coastal ones.

Growing white shark populations in US waters – a sign of ecosystem recovery?

Top marine predators appear to be making a comeback in US waters. By Chris Lowe.

Other factors could be at play in the disappearance of great white sharks such as orca predation, climate change and prey displacement, but the DSL is the only factor where that the South African Government can actually make significant change.

(Note in False Bay, the appearance of the orcas in 2017 happened after the start of the decline of white sharks in False Bay as shown below.)

This is the Fig. 2 of a scientific article published by Hammerschlag and colleagues in Nature’s Scientific Reports in 2019, which shows the number of sharks recorded per hour of observations in False Bay (in blue the white shark data):