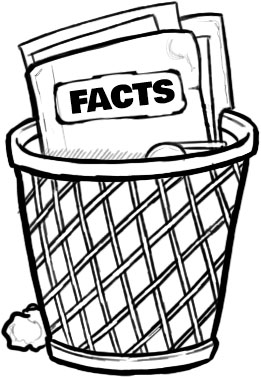 * All information below has been gathered from Smoothhound and Soupfin sharks stock assessment data supplied by the Department of Environment, Forestry & Fisheries (DEFF).

In 2018 DEFF published its review of the National Plan of Action (NPOA) for sharks which identified the “Inadequate regulatory reference to sharks” as one of the main hindering issues.

DEFF scientists reported that since 2013 (since the original NPOA) there had been “No progress due to attrition of staff with the Department of Agriculture, Forestry and Fisheries (DAFF), lack of assessments and scarcity of skilled resource managers”.

Whilst the assessments for several shark species were achieved by DEFF’s scientists in 2019, the Human Resource issues within DEFF appear to remain the stumbling blocks in the implementation of “harvesting strategies consistent with the principles of biological sustainability, attained through scientifically based management and consistent with a Precautionary Approach” which is DEFF’s own shark NPOA’s mission statement.

All along the South African coastline where these DSL vessels operate, the coastal communities are up in arms. People from various sectors are simply watching their livelihoods disappear.

From commercial and recreational fishermen to eco-tourism and charter operators the sentiment is the same. Petitions of tens of thousands have been ignored.

Perhaps what is most worrying is that DEFF’s very own scientists have been ringing the alarm bells since 2011 and in every subsequent shark working group meeting thereafter, calling for slot limits, total allowable catches and tighter controls.

Despite this, to date senior management officials have implemented no recommendations and the situation continues as is.

In the case of the shark longline fisheries primary target species, the Smoothhound shark (Gummy shark in Australia), scientists at DEFF recommended a total allowable catch of 75 tons back in 2016 as well as recommending slot limits in 2007, 2011, 2015 and 2017.

During a parliamentary interrogation in 2019 (Download the Parlimentary Report) Minister Creecy, the Minister of Environmental Affairs, and her senior advisors were forced to confirm the data for the following years from just the three active vessels in the DSL fishery alone:

When these quantities are included in the effort graph from the assessment by DEFF reported in 2019, they show a situation clearly far from the one recommended by DEFF’s own scientists:

The first URGENT management actions requested by DEFF’s own scientific experts in the 2019 assessments, was the implementation of SLOT LIMITS for both species. These slot limits were in fact:

To date, none of these recommendations have been implemented.

Other important information gathered by DEFF scientists are represented in the table below.