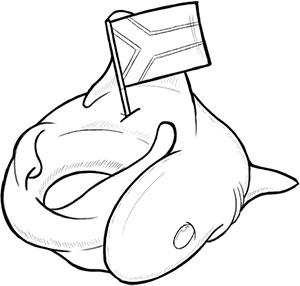 South African Smoothhound shark is being exported to Australia where it is used in Fish and Chips and called “Flake” or “Gummy” shark.

Australia has a well-managed Smoothhound (also known as “Gummy”) shark fishery with accurate statistics and management models. Up until at least 2018, it shows that in virtually all states the fishery is listed as sustainable at current levels.

Australia is rightfully protecting its own stocks.

BUT, in order to meet the demand for Fish and Chips, it is simply importing the excess stocks needed from South Africa. So, Australia is indirectly fishing unsuitably in South Africa.

However, The Demersal Shark Longline fishery in South Africa is not being sustainably managed and shark populations are crashing.

Their catches have soared as can be seen below by the export data to Australia.

Data from the NGO TRAFFIC on exports of shark meat from SA to AUS show the increase reliance on SA by AUS shark meat importing industry, mostly for fish ‘n chips.

Note the disparity in the figures between South Africa and Australia. Even though the figures don’t match which can normally be the case, the only constant is the increase in demand and thus increasing in the exports to Australia from SA.