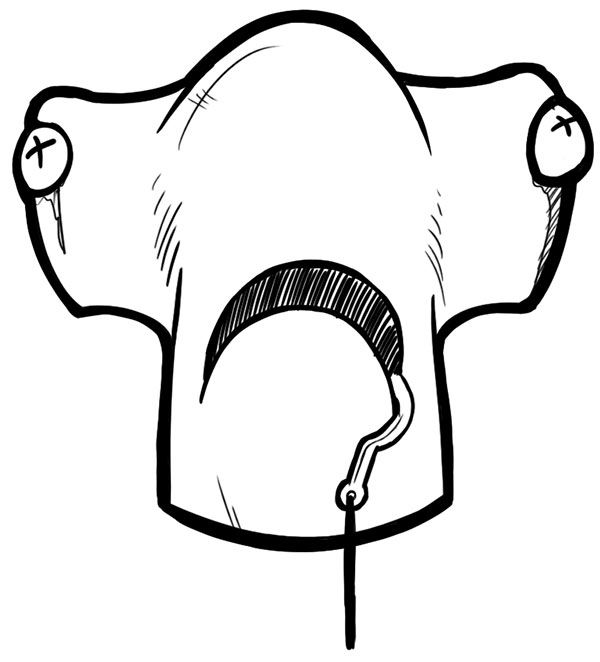 The DSL fishery indiscriminately targets areas that are known to be nursery areas for protected species such as Smooth Hammerheads. These areas are: the Eastern side of the De Hoop boundary, Robberg and Mossel Bay.

The fishery also fishes in and adjacent to areas that are known high density areas for Great White sharks, such as Robberg, De Hoop, Duiwenhoks and Mossel Bay.

Despite the National Plan of Action for Sharks stating that areas for protected species and areas of high vulnerability such as nursery areas, need special protection, these guidelines are being ignored.

The University of Miami conducted research on the edge of South Africa’s flagship MPA De Hoop in 2019 and 2020.

It was found that by using Baited Remote Underwater Video (BRUV) data, DSL vessels are setting their gear in areas where this is a 60% overlap in terms of numbers of Smooth Hammerheads and Smoothhound sharks.

In other words, in almost every second deployment of a BRUV either a Smooth Hammerhead shark or a Smoothhound shark was reported.

Thus, the chances the DSL is not catching Hammerheads when catching Smoothhounds is highly unlikely.

There is photographic evidence of these vessels with a Hammerhead aboard their boat awaiting processing. No effort was made to release the Hammerhead which was still alive.

Hammerhead and other shark species seen in a South Africa fishing boat.

This vessel was suspiciously never checked when she docked in Mossel Bay after this catch despite DEFF officials being made aware of the protected species on board.

Permit conditions state that all non-targeted and protected species need to:

Both the fishery and DEFF claim zero catch of Hammerhead sharks. Using photographic evidence and eyewitness reports none of the above is being done and it is not possible that zero Smooth Hammerhead sharks were caught as per assessment data.

So what is happening to all these dead CITES-protected Hammerheads? Are they landing on your Australian Fish and Chips plate too?

Eyewitnesses have seen what they described as hundreds of Hammerhead sharks in the hold of just one of these vessels.

There are eyewitness reports of bins of Smooth Hammerheads being offloaded in Mossel Bay.